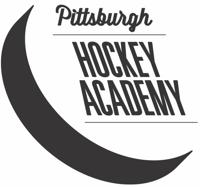 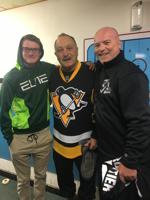 Coach Dean Whittinghams love for the game of hockey began growing up and playing amateur hockey from Mite to Junior in Toronto, Canada, including 5 years in the Greater Toronto Hockey League (GTHL) at the AA/AAA levels.

Dean has coached amateur hockey teams from Mite through U18 for the past 14 years, and currently serves as the Head Coach of the PITTSBURGH HOCKEY ACADEMY U15 AAA Birth Year team - The Pittsburgh Icemen.   The Icemen are playing an independant schedule against AAA U15 birth year teams.  Dean has also coached Freshman, JV & Varsity at the high school level for Pine Richland, and was a major contributor in forming the Pine Richland Development Hockey Program.  Dean served as the Director of Hockey Operations for over 7 years with a local organization.  During his tenure, several of Dean's initiatives included the formation, development and oversight of western PA's first ADM program, the re-design, implementation and oversight of the tryout process as well as the development of in-season player evaluations to name a few.

He has also provide power skating and skills instruction for many years.

Dean is also part of the ownership group of the newly renovated Frozen Pond Arena.

Dean has held several industrial sales executive and sales management positions in Canada and the US.

Coach Mike Fritz played AA and amateur hockey in New Jersey from mite through midget, as well as being named First Team All-State as an eleventh grader playing for Seton Hall Prepatory High School where he scored over 100 points in 25 games.  In 1988, Mike left NJ and headed to the New England Prep school ranks attending Trinity Pawling School for two years.  While there, Mike captained both Varsity hockey and baseball teams as a senior.  Mike was later recruited to play for the Ephmen of Williams College by coach Bill Kangas, where Mike eclipsed the 100 point milestone.  Mike finished his playing career after 4 seasons of NCAA hockey for the Ephs.

For the past 12 years, Mike has coached youth hockey teams from Mite through Midget, and currently serves as Head Coach of the PITTSBURGH ICEMEN U16AAA team.  Mike's teams have won over 25 tournaments including the 2017 Mid Am District 14U T2 Tourney.  Mike's team also finished ranked #1 in the US MyHockeyRankings Tier II division for the 2015/2016 season.

Mike is also part of the ownership group of the newly renovated Frozen Pond Arena, and serves as President of Frozen Pond Management Inc.

"My passion for the game is immeasurable.  In a lot of ways, hockey has given me so much....this is a chance for me and Dean to give something back.  I enjoy the thrill and challenge of helping young hockey players become better players, but more importantly, better people."

Mike lives in Richland Township with his wife Tanya and their three children, Elli, Mikey and Isabella.​​

Coach Levi Rodgers grew up in the local area and was a member of the Butler Valley Dawgs for over seven years.  Over the last ten years, Levi has provided Power Skating and Skills Instruction at Frozen Pond Arena,  as well as serving as the ADM director and Skills Development coach for Butler Valley Dawgs this past season.  Under his tutelage he has helped thousands of kids reach their potential through private lessons and camps.  Last year eight of his prior students represented Pennsylvania in the prestigious international Brick Tournament, and had a former pupil break onto the NHL scouting report and commit to playing NCAA DIV 1 hockey for Brown University.  His diverse coaching experiences range from working with first time novice skaters through AAA level players, with ages spanning from 3-18 years old.

“As a skills development coach, obviously one of my main focuses is to help kids excel while on the ice, but to me, its most important to help raise each player’s love and passion for the game, while instilling fundamental life lessons that will transfer to their off-ice success.”

Davis Goaltending School is run by Karac Davis and is based out of Pittsburgh, Pennsylvania.